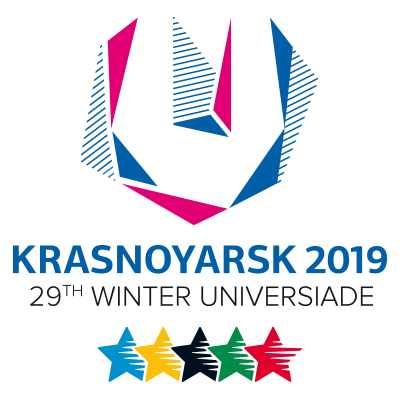 The main youth sports competitions will return to Russia! Winter Universiade will take place from 2–12 March 2019 in the Russian city of Krasnoyarsk.

From 2 to 12 March, 2019, in Krasnoyarsk, Russia, the international student sport games — the 29th Winter Universiade 2019 — will take place. Student athletes will compete for medals in 11 sports.

The Universiade is a youth analogue of the Olympics. For more than 50 years, it has been the second most important and representative, comprehensive international event in the world sports arena.

On November 9, 2013, at the meeting of the Executive Committee of the International University Sports Federation (FISU) in Brussels, Krasnoyarsk was unanimously elected as the host city of the 29th Winter Universiade 2019. Athletes will compete for 76 sets of awards in 11 sports: biathlon, alpine skiing, curling, cross-country skiing, snowboarding, orienteering, skiing, ice-skating, freestyle, hockey, hockey, short track.

The Universiade is the international sports competitions among students, holding under the aegis of the International University Sports Federation (FISU). The name "Universiade" comes from the words "University" and "Olympics". Student competitions are held every two years, unlike the four-year Olympic events. Students from the age of 17 to 25 years and graduates who have received an academic degree or a diploma in the year preceding the competition are allowed to participate in competitions.  The program of the Universiade includes compulsory (the list is approved by FISU prior to the start of the bidding campaign) and optional (additional) sports that the host country determines, provided that they meet all the requirements of the International University Sports Federation.

Learn more about the XXIX International Winter Universiade on​ https://krsk2019.com