Dr. Svetlana Shavaleeva, Associate Professor of the Department of General Chemistry and Ecology of KNRTU-KAI, was one of the authors of the alphabet of paintings in the book "Alifba Anvara". 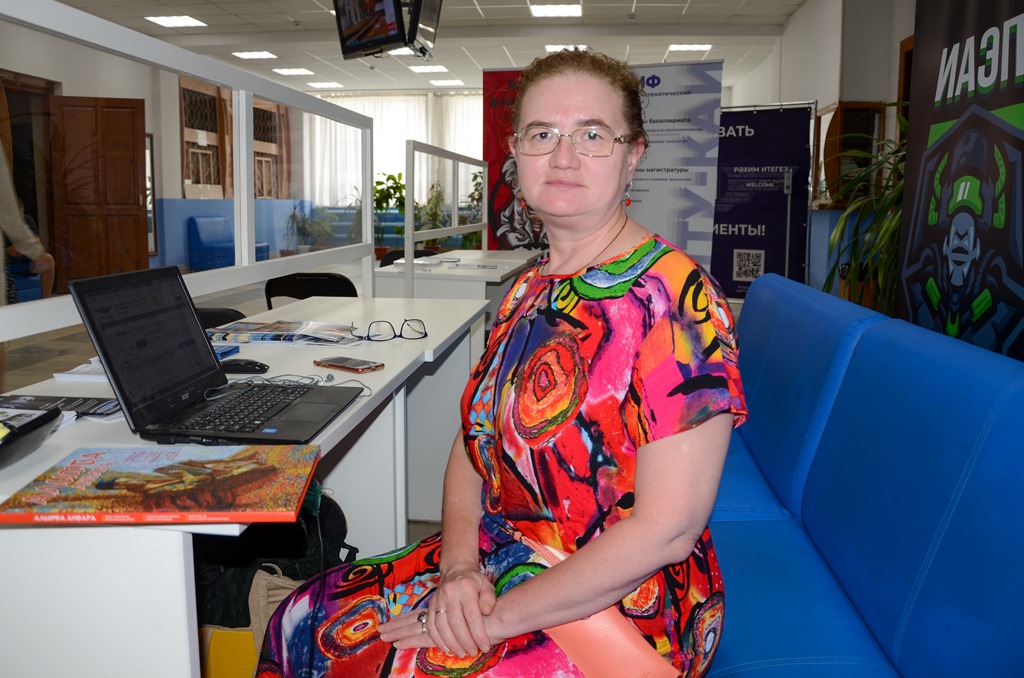 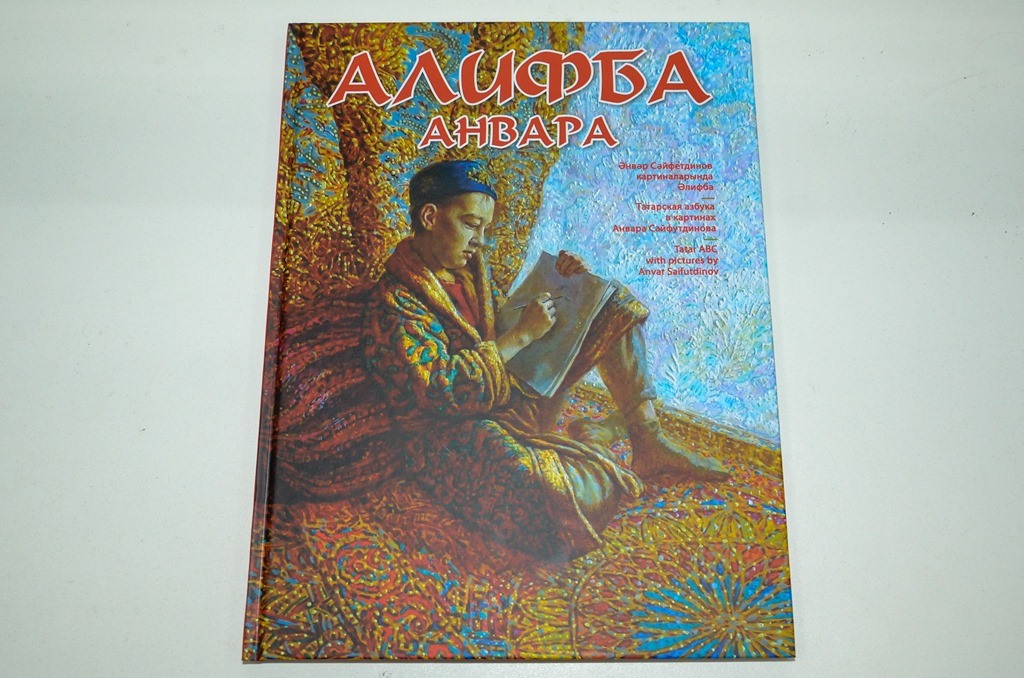 "Alifba Anvara" is a Tatar "Alphabet" by the artist Anvar Sayfutdinov. Its circulation, published by Makovsky Publishing House is only 1000 copies and, according to Dr. Svetlana Shavaleeva, the book is already in short supply. The publication was published in a bright gift design in three languages: Tatar, Russian and English. 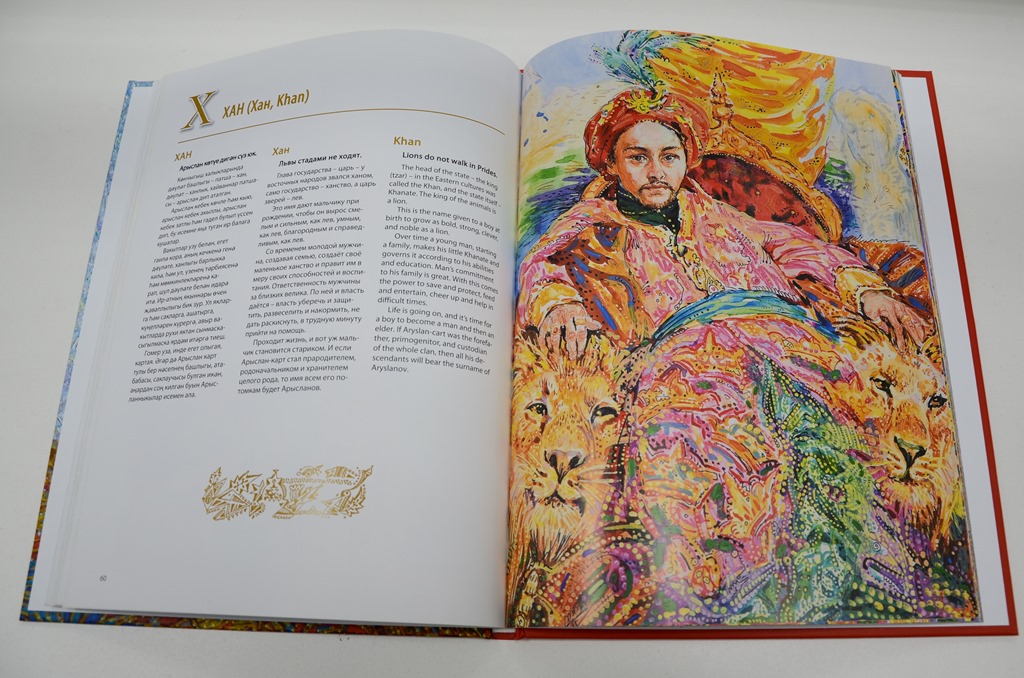 "Ten years ago, I met a famous Tatar artist-painter, a member of the Union of Artists of the Republic of Tatarstan, the founder of the art group "Dastan", Anvar Saifutdinov. He told me about his project, which he had conceived for a long time – the book "Alifba" in pictures. Since there are 39 letters in the Tatar alphabet, he chose 39 words, one for each letter, drew 39 pictures and wanted to fill them with additional content through accompanying texts", said Dr. Shavaleeva, Head of the research and engineering center “Glass Processing”  at KNRTU-KAI. 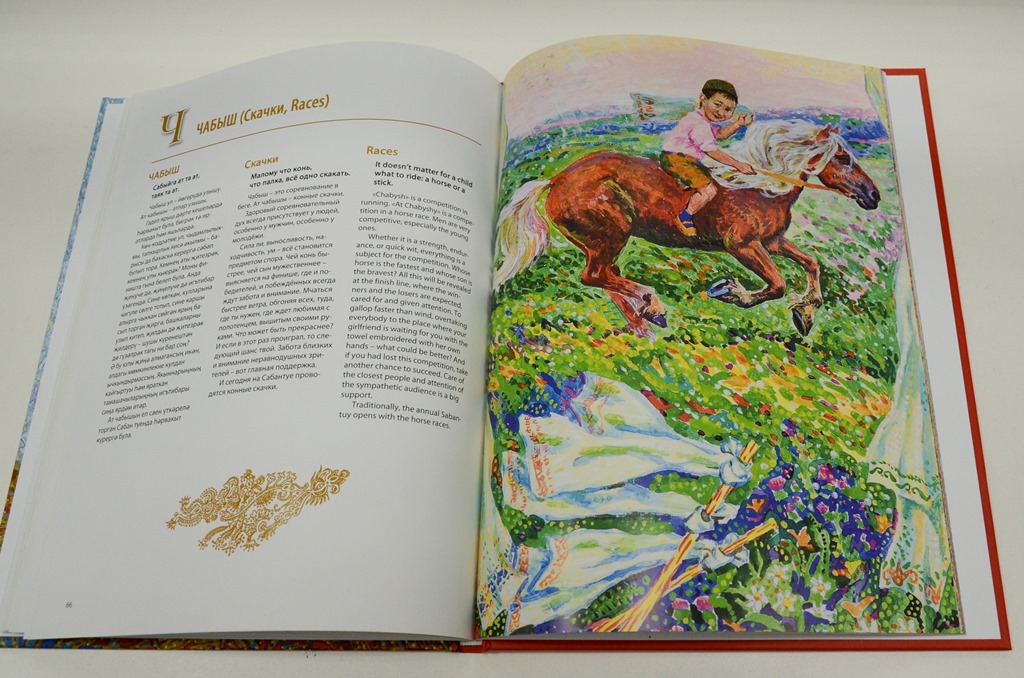 The artist suggested Svetlana Shavaleeva to write texts for this book – in Tatar and Russian.

"I liked the pictures very much, and the words were interestingly chosen, the idea captured me. The most important thing is that these texts should be small and interesting for both children and adults, and reflect traditions, customs, and fascinating facts from the history of the Tatars. Anwar gave me complete freedom to write what I want and how I want, how I feel. I plunged deeply into the topic, reread everything I could reach", the co-author shared. 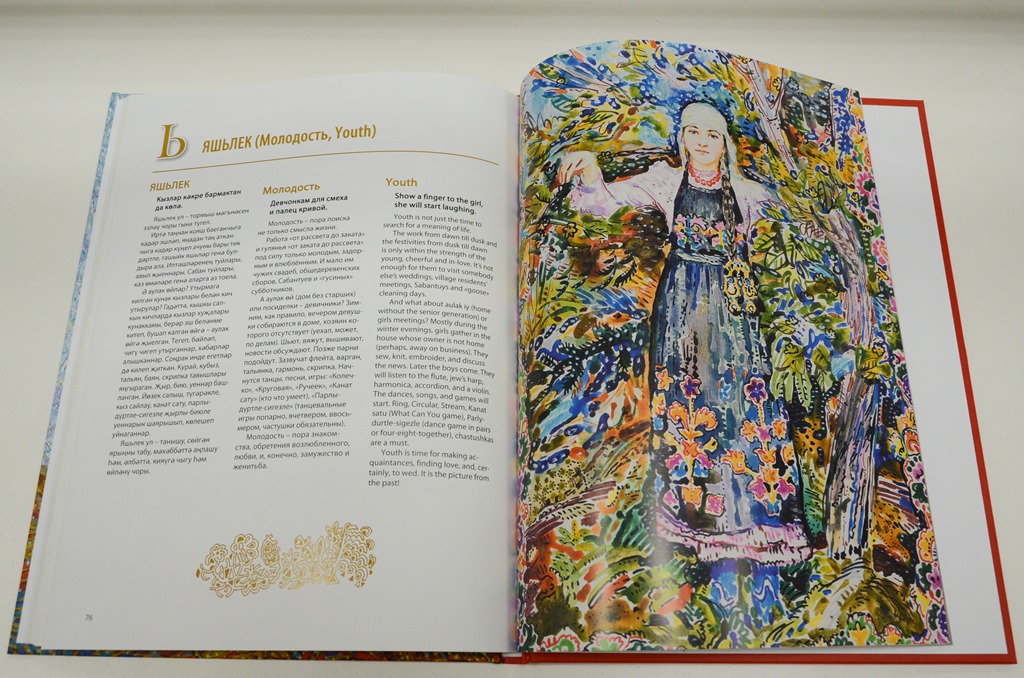 According to the associate professor, she was happy to work on the project and in the process of working on the publication, she learned a lot herself. "For example, it turned out that there are no words in the Tatar language that begin with Ж, Щ, и Ң (in addition to Ь and Ъ)! Therefore, the author took borrowed words: Ж -giraffe, Щ, -brush, for Ң, which he chose a word where the letter is in the middle. In general, the chosen words reflect the Artist's worldview, reflect his love for his family, for his people, and the paintings are filled with color, light and deep meanings", Dr. Svetlana Shavaleeva noted. 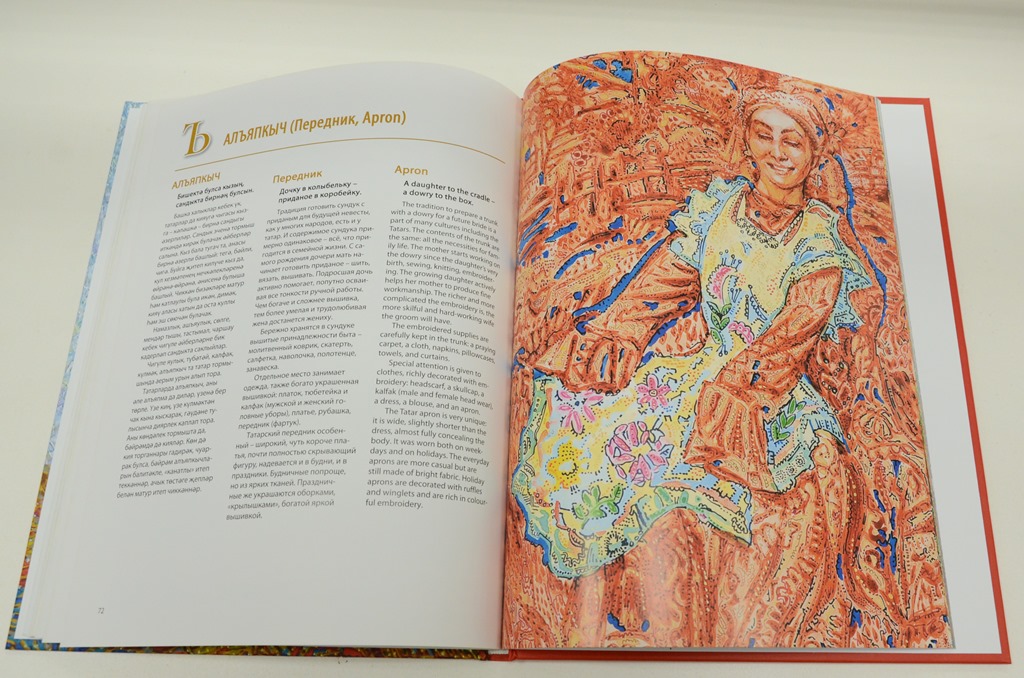 As the participant of the project told, the peculiarity was that the texts were not written in one language and then translated into another – the author wrote them immediately in Tatar or Russian, trying to preserve the semantic order. The translation into English has already been carried out by professional translators. 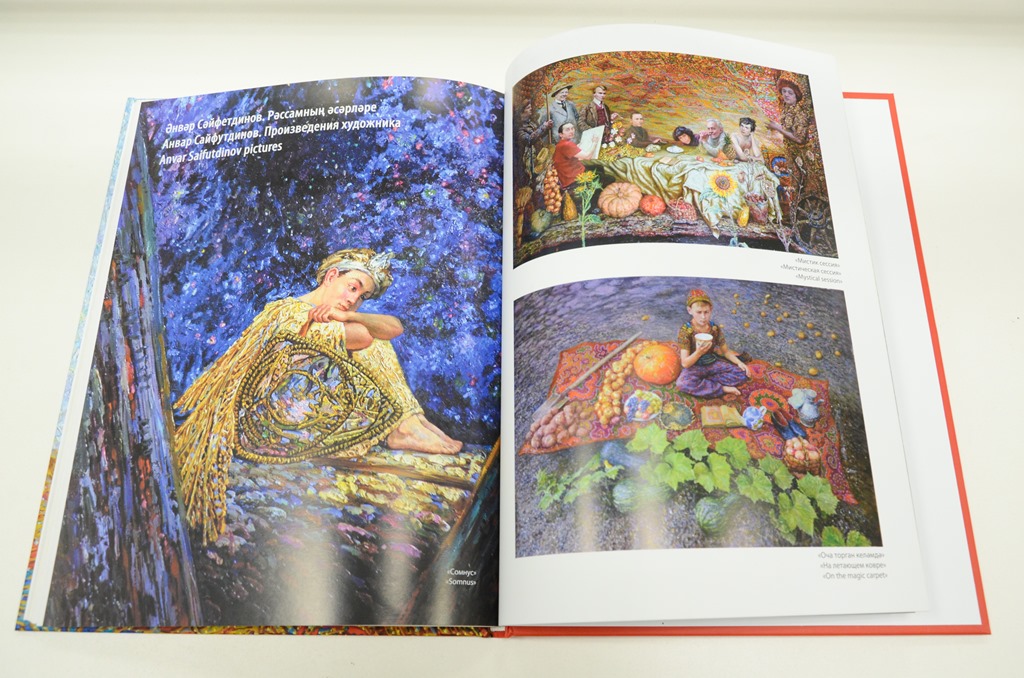 "In addition to the texts themselves, I picked up interesting proverbs and sayings for each word, many of which are taken from life. It was a completely new activity for me, and I worked, of course, in my free time from my main job", an employee of KNRTU-KAI shared. 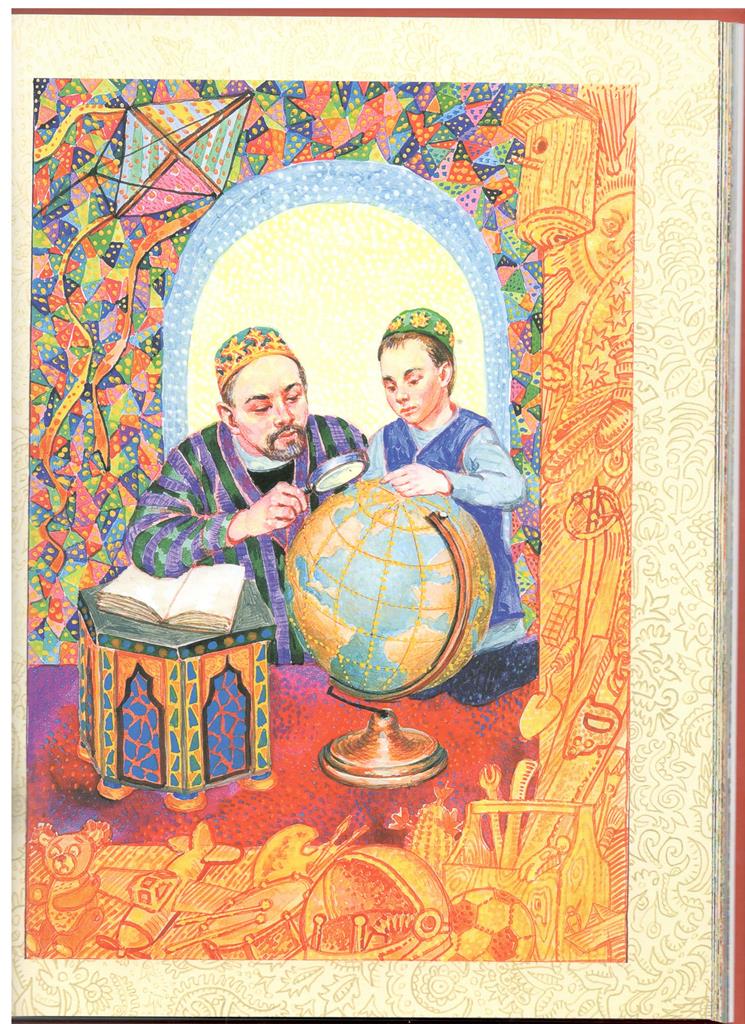 "According to the habit developed in the process of working on scientific publications, all references and sources, and there were many of them, were carefully preserved, so this work can be considered scientific! In my opinion, it turned out to be quite an interesting book. People who have met her like it very much. This is not an alphabet that is used to learn to read, of course - this is a gift, but a very informative publication, and it will be interesting to everyone, including those who know one of these three languages and are studying another", Dr. Svetlana Shavaleeva emphasized.