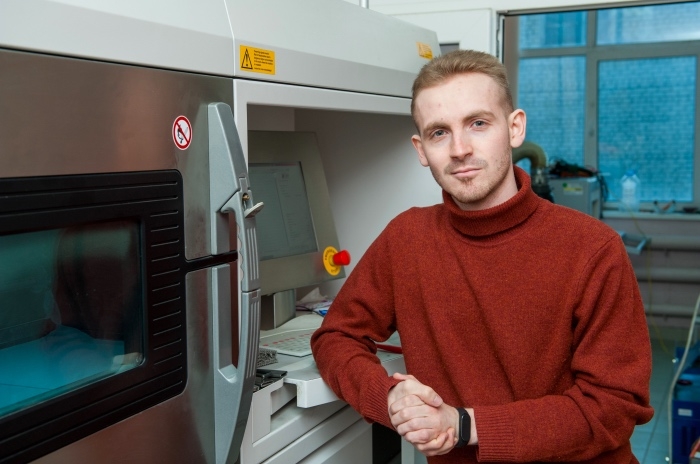 Interview with the finalist of the "Candidates pool" competition Alexander Terentyev.

The graduate of the Department of Jet Engines and Power Plants, the first-year postgraduate student of the Department of Laser Technologies, the lecturer of the department, Alexander Terentyev, shared with the press service of KNRTU-KAI his dreams of aviation, teaching hacks and the magic of engineering.

-        Alexander, your portfolio says that you are from Syktyvkar. How did you end up in Kazan, at KAI?

-        My family has lived in Syktyvkar since 2006. But we lived in the city of Pechora (the Komi Republic) before we moved to Syktyvkar. Although, Pechora is a small city, it has its own airport. My dad is an aeronautical engineer, engaged in the technical operation of aircraft and engines. My mom works in the operations control center; she is a civil engineer by profession. My paternal grandfather was an air traffic controller, the other grandfather worked with aeronautical equipment. So, for me personally, the loud noises of the An-24 sounds like a lullaby.

-        Did you ever consider following in your parents footsteps?

-        It was my dream since my childhood for sure. As a child, I wanted to become a pilot, then an air traffic controller or an aircraft designer. At the age of 10 I’ve already known a lot about aircrafts: the work of gas turbine engines, chassis, wheels, wings and what not. Even Bernoulli differential equation wasn’t new for me. Nevertheless, I began to study physics and mathematics, profoundly only in the 10th grade.

-        In 2006 we moved to Syktyvkar. Until the 7th grade, I attended a regular school, and then I had a choice - to go to a lyceum or a gymnasium. I couldn’t enter the lyceum because of the weak physico-mathematical basis of knowledge, so picked on the Pushkin gymnasium with a humanitarian specialization, where I significantly improved my English skills. In the 9th grade, I decided to take the State Final Examination (SFE) in physics, and unexpectedly I liked solving problems. I continued to study physics thoroughly to pass the Unified State Examination (USE). After the final exams I applied for several universities, however, eventually I decided to join KAI. 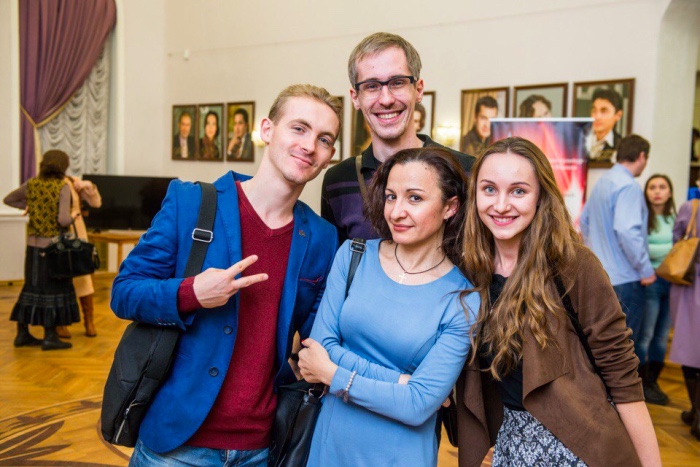 -        Your portfolio indicates that you hold a patent.

-        We had a cycle of subjects of rocket engines, so we examined the processes of combustion and emission (release of various harmful substances into the environment, for example, carbon monoxide and various nitrogen oxides). Hence I decided to obtain a patent on gas-turbine engines. Then together with Aleksey Aleksandrovich Lopatin we worked on thermoelectric generators and their implementation in gas-turbine engines. The heat efficiency of a thermoelectric generator is 1-3%. In other words, this is energy from the air, only by heat. If we implement such in a gas-turbine engine, then we will reach excellent figures. The theoretical work on this issue allowed us to present the test bench.

-        What did you do after the completion of specialist’s program?

-        After my graduation I almost immediately got a job at KAPO (Kazan Aircraft Production Association) named after S.P. Gorbunov. Four months later, I was offered entry to the postgraduate training program. So, now I am a graduate student of the Department of Laser Technologies, where I teach and conduct the scientific work as well. 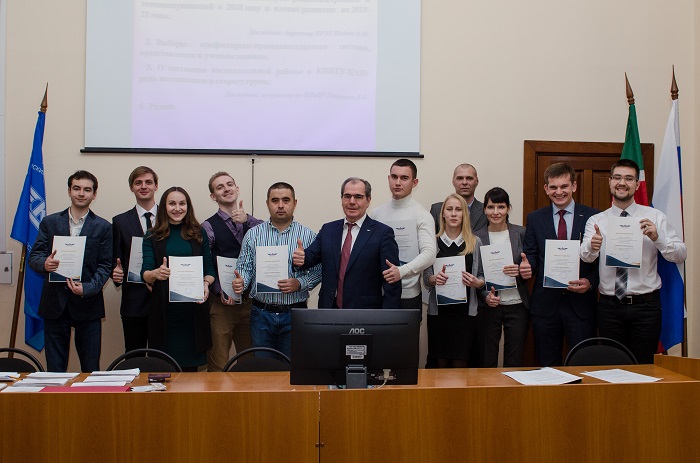 -        Have you ever had any experience of working with people?

-        Yes, once I worked at the exhibition "City of Robots", showing different equipment and robots. There was a special device which has to be strapped to your head to do electroencephalogram. Another example: people had to use the "power of thought" to control the cube on the screen. I literally witnessed how grown-ups acted like kids - because I spent time with them, explaining the every detail of work of unique devices. I was able to catch the audience’s attention even with demonstration of the most "boring" robots. I try to interact with my students in the same way. I always strive to explain the learning material thoroughly even if it takes a lot more time. Students really feel when you put your heart and soul into work.

-        I would like to acknowledge German Viktorovich Demidov from the Department of Machine Science Engineering and Engineering Graphics and his attitude towards the subjects, projective geometry in my case. The way he conducted examinations: not just to give a mark but scrupulously explaining everything again and again. And I finally was able to understand the subject. I also would like to mention Almaz Fivzatovich Gaisin. From his physics classes, I took a unique way of teaching, which has been already tested. Our guys are mostly shy, and it is not very effective to call them separately to the board. So, I gather them in front of the board to increase the collective mind of the group and at the same time each student can form his own understanding of the subject. After all, the point of study is to form a way of thinking, and not to get some kind of assessment.

-        As a part of "Candidates pool" competition, what would you like to change in the University?

-        I believe that the entire university needs a strong physico-mathematical basis from the first year of study. Of course, now all estimations are carried out on a computer, but in order to make a calculation, you need to know how to count.

I also have some thoughts about student-teacher interaction. I believe that you cannot become a good engineer if you just watch videos and read specific literature. I see teacher as a mentor. We also need to promote engineering philosophy among students. As Alexander Ivanovich Glazunov, the lecturer from the Department for Jet Engines and Power Plants, always says: "When any item or component part are designed, it is crucial to understand how it will be manufactured, assembled and operated. There are a lot of things we have to keep in mind". 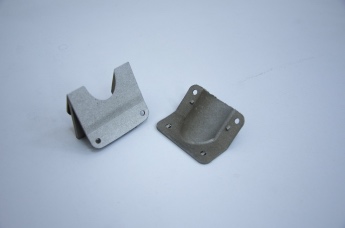 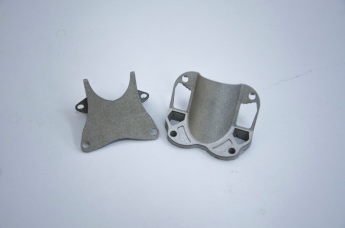 -        I am engaged in the topological optimization of aeronautical structures. Composites are very popular now; but aeronautical engineering can hardly exist without metal parts. However, obviously they need to be modernized. We have two options here: either we take a completed part and optimize it, or we redesign a bunch of parts – it is a so-called generative design. The main goal now is to redesign many parts. I like working at KAI, because here I have many opportunities to implement my ideas. This is where I can generate a part and 3D print it. Only few engineers manage to go through this cycle from the development of a part to its physical realization. This has its own magic for sure. 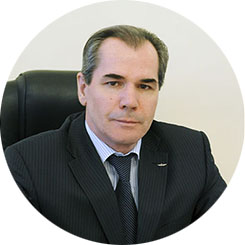 The research advisor, the Head of the Department of Laser Technologies, the Rector of KNRTU-KAI Albert Gilmutdinov::

-        The subject of dissertation of Alexander Terentyev is exceptionally topical today. It is devoted to the study of acoustic influence on the processes of additive manufacturing. The topic is very new but promising at the same time and also has a huge interest for the manufacturing industry.

No doubt, Alexander is an upstanding member of the "Candidates pool" competition. He is highly motivated, hard-working, disciplined, gifted and creative person, with a very good educational background. He also has experience in manufacturing. Therefore, I am convinced that Alexander deserves his place in the "Candidates pool" program of the university. I believe in the nearest future, together with another representative of our Department, Sergey Nikiforov, he will form the core of our university.

KNRTU-KAI celebrated its 88th anniversary on a large scale in fun, competitive way with traditional games and amusements.

“For as long as I can remember, I’ve enjoyed mathematics”

“These children are the gold reserve of our country”

The Mayor of Kazan visited the Engineering Lyceum-Boarding School of KNRTU-KAI.

“I want to become an inspiring teacher”

Check out our latest Interview with Rosalia Gabdullina, the finalist of the “Candidates Pool” competition.

We are introducing the new educational complex – “Technopolis”.

Students Day at the ice rink

KAI celebrated the Students Day at the ice rink in the Park Black Lake.