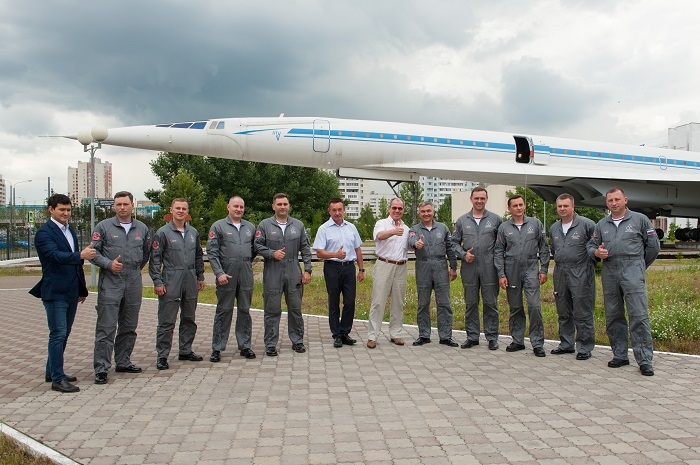 The members of the aerobatic display team visited KNRTU-KAI to measure the university’s achievements. 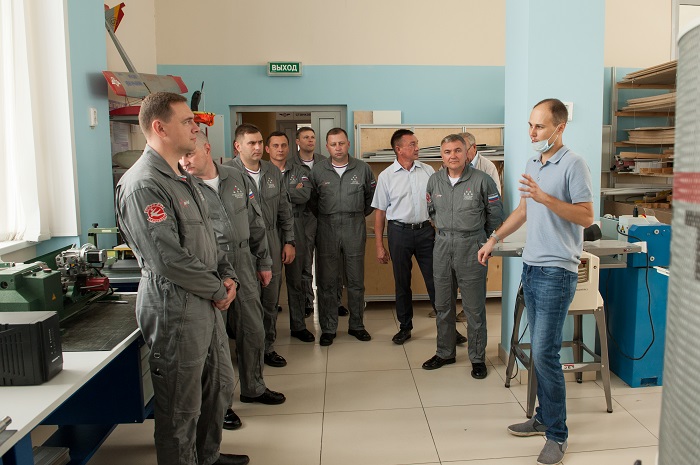 At first, the guests visited the KNRTU-KAI engineering residential lyceum. The lyceum principal Damir Gabidullin conducted a tour of the lyceum. They visited the classrooms, got acquainted with the equipment with which the pupils of the lyceum work, explored the project area, where the pupils can conduct various educational projects and get ready for different competitions.

At the end of the tour, the leader of the team Sergey Osyaykin expressed his hopes for a bright future of the lyceum. In memory of this gathering, the guests left their autographs on the aircraft mockup and on the wall in the lyceum. 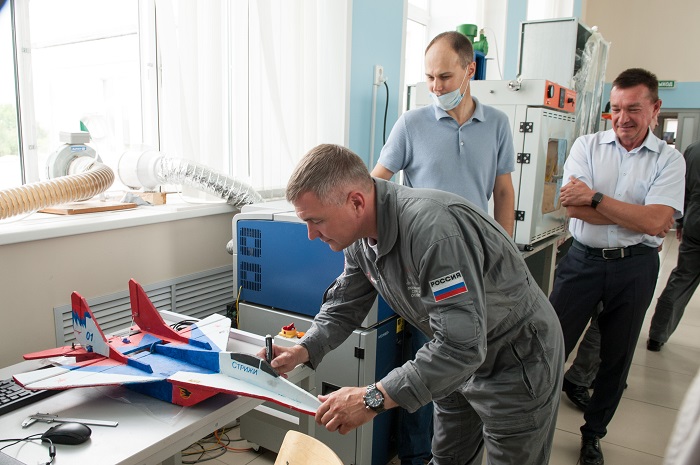 Then the guests arrived at the university on Chetaev Street, where the first supersonic passenger aircraft Tu-144 is located, and it is also considered to be the future interactive museum of technology based on the Tu-144. Vice-rector for economic affairs Alexei Ogonev revealed the history how the plane appeared on the university campus. Moreover, he shed some light on the idea and the concept of creating such a unique museum. The flight team also boarded the plane. 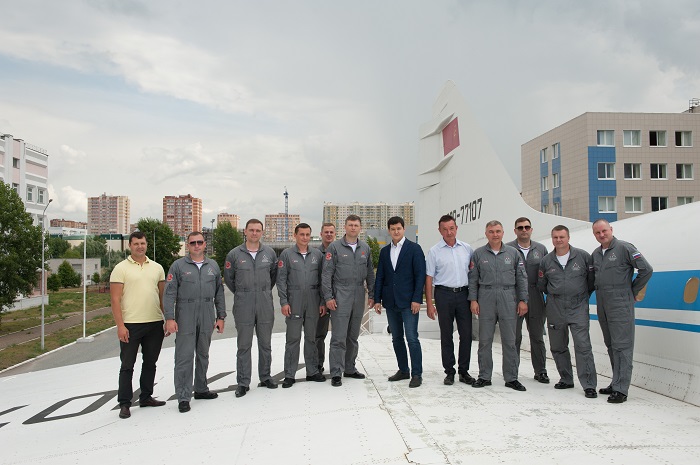 The representatives of the university took a group photo with the Tu-144, and left autographs afterwards.

FYI: The members of the aerobatic display team “Swifts” are drawn from the 237th Guards Proskurov Aircraft Demonstration Center based in Kubinka Air Base. The aerobatic display team “Swifts” flies on fighter aircrafts of the 4th generation. The MiG-29 fighter was designed at the Engineering Center of the Mikoyan Design Bureau. The first flight took place in 1979. The unique technical capacities of the MiG-29 fighter gave a new impetus to development of the aerobatics. The design features of the aircraft allowed the pilots to perform new aerobatic maneuvers such as the "Tailslide".